Vancouver-City of the Lost Wallet :(

WHERE IS YOUR FAVORITE VACATION SPOT??

After our fabulous weekend in Portland we were off to Vancouver! By train! This was my sidekick’s first train ride. EVER! So I had to document the trip of course.  We made the fancy $20 upgrade to Business Class and if you are ever traveling by train I would highly recommend this. You board and exit first, you have lots of extra leg room, seats that recline further and you get bar coupons.

So “All Aboard” the train we went.

Meet Ray. He was our train conductor and had a good sense of humor. He was kind of dry if you can’t tell from the picture.

We arrived in Vancouver late that night. The next morning we headed out on an exciting excursion. We took a bus to a place called the Grouse Grind.  I was unaware when I suggested this outing that I was about to embark on the most physically challenging task of.my.life.

The Grind is a 2,830 step hike up a 2,800 foot elevation gain. Now when I say steps I don’t mean the ordinary kind that take you from the first floor in your house to the second. Oh no. These stairs were a combination of logs and rocks both big and small. 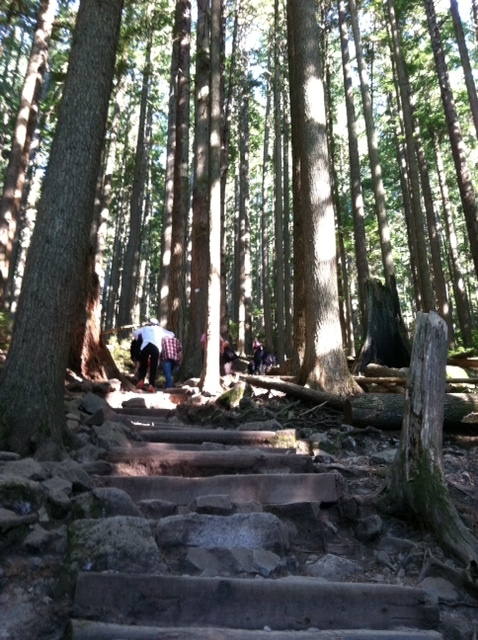 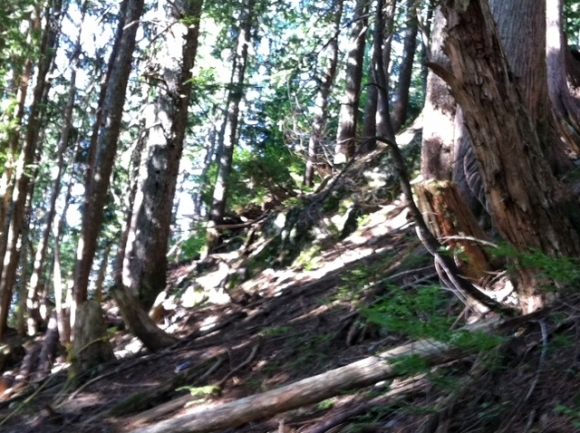 I was all smiles at the bottom but by the time we made it all the way I was hanging on to a rope that had been provided because it was so steep. I even bought a tshirt that reads “I Survived the Grind”. I deserve a trophy I think. Don’t you?

The trek back down is so steep that they practically  beg you not to try climb back down. Instead offer rides for $10 to the bottom in a sky rail. 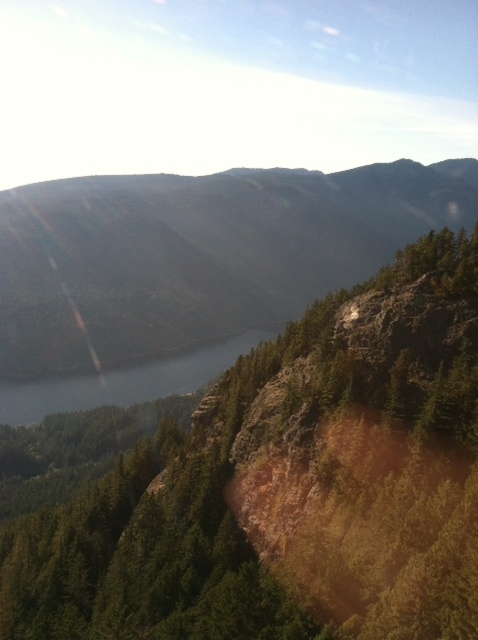 Here is the view of the mountain we climbed on the way down.

Apparently it takes the average hiker 1 hour and 45 minutes to climb the whole thing. I’d like to meet that average hiker. I thought I was an average hiker but I wasn’t done in that short amount of time so I guess I will have to find a new way to boost my ego.  The fastest time ever recorded was some sort of super human who made it up in 23 minutes.  Now I’d really like to meet that guy.

That night as you can imagine we were famished. We found a cute little restaurant on Granville Street that turned out to be one of our favorite restaurants over all of the trip, The Twisted Fork . The food was great and the atmosphere was friendly and intimate.

I mentioned how hungry we were so you have to understand that I only remembered to take two pictures while we were eating. And I call myself a food blogger?

The second delicious plate of scallops on our trip. These had a potato mash and corn relish with bacon.

We also had a refreshing bottle of white wine, the Halibut Cakes and the Trout which were both delicious and beautifully presented.

And this pretty dessert with a powdered sugar twisted fork!

Our compliments to the chef! And our sweet waitress whose name has escaped me. 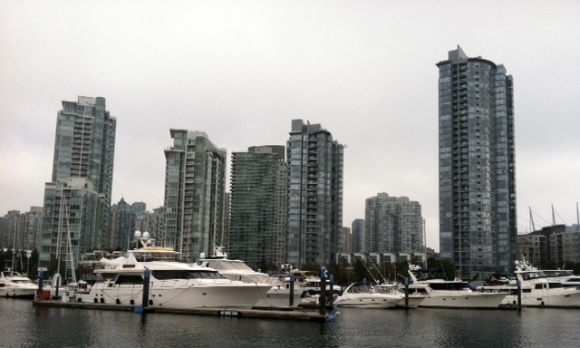 The next day we saw the sights and took a trip to Granville Island.

I have mixed feelings about this adorable little island. 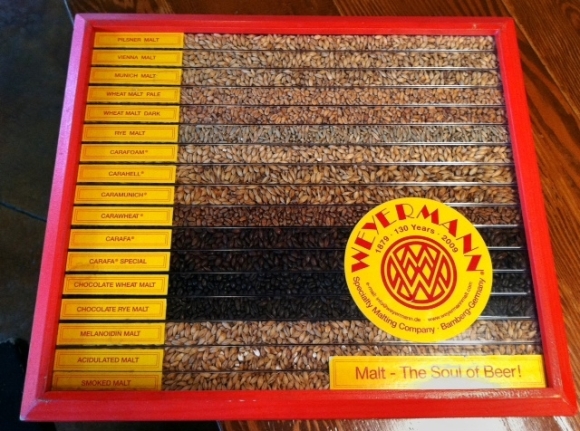 While we were there we visited a unique local brewery, appropriately named Granville Island Brewery.  They were Canada’s first microbrewery and opened in 1984. 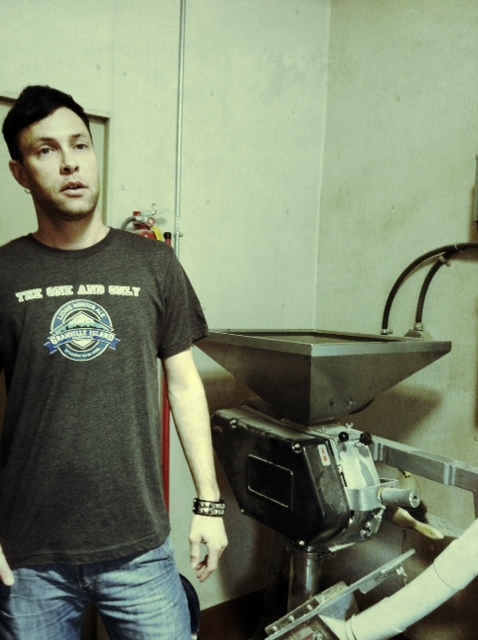 This was our tour guide. He was fun and informative. He knows his beer too. We thought it was funny though because he says periodically he will take a break from drinking. I think it would be tough to work in a brewery and do that but you are better man than I.

On our tour we were fortunate to meet two nice guys from San Francisco and their friend who was a Vancouverite. We all had a great time learning about their beer making process and an even better time trying their brew.

It was our first time tasting ginger beer which has become pretty popular. I am not sure I would ever order one on its own but I can definitely see how it would be good with sushi. This also started my determined vacation search for the best sushi I have ever eaten. More on that later.

With a shorter than originally planned trip to Stanley Park. I really wish we had more time to spend here because it was stunning. Lush and green on a day with perfect weather.

The park provides a great view of the city.

As well as friendly and abundant wild life!

Grilled Romaine. Also one of my favorite at home recipes! 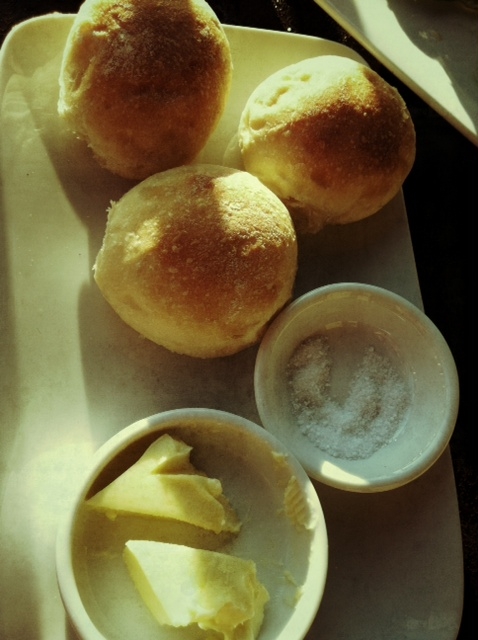 Not sure why these little guys were so good but they were. They had sea salt to sprinkle on after you slathered on the butter. Maybe that was it?

We also got dessert. It was good but I am not really a chocolate person. 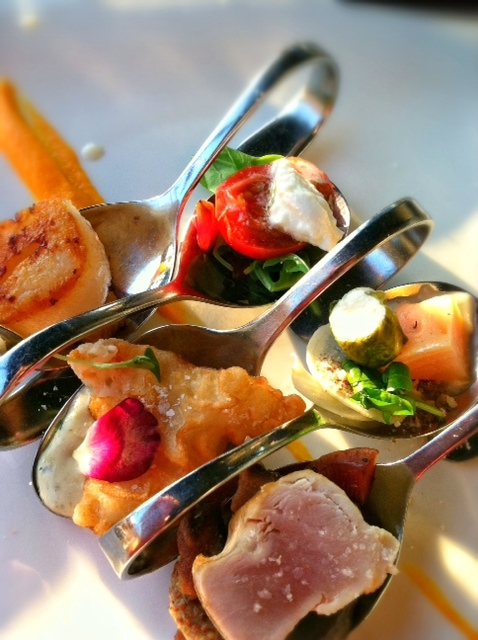 This was my meal. It might have been my favorite meal of the trip just because it was sampling of their whole menu on one plate. It is also my favorite trip picture of food on the whole trip.

Up next? Seattle! It was my favorite.